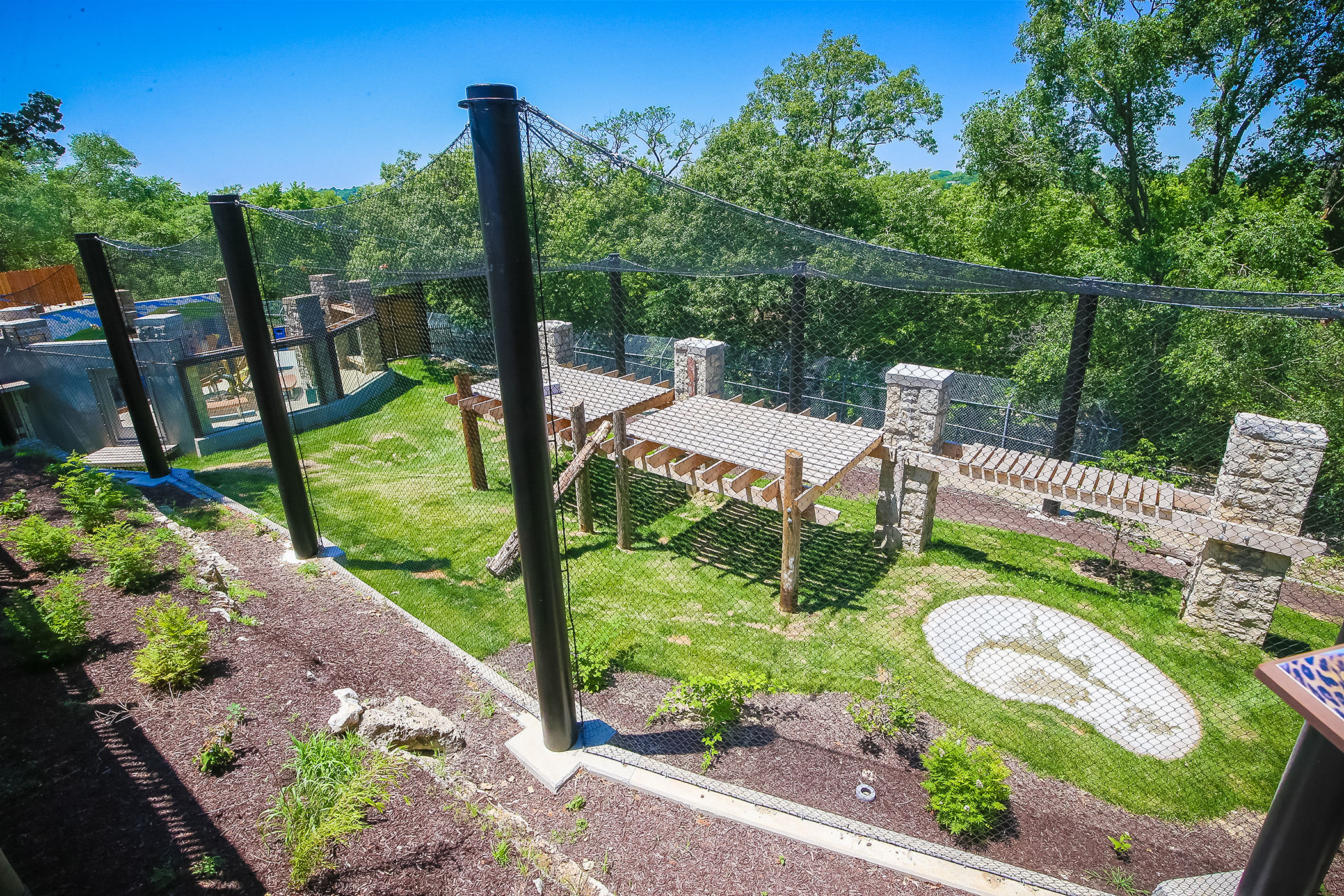 Join us for a virtual tour of the Sunset Zoo’s newly opened Expedition Asia, hosted by Scott Shoemaker, Zoo Director and Jared Bixby, Curator of Education.

Spanning just over an acre, Expedition Asia is home to some of the most charismatic and endangered species in Asia and serves as the first project built from the Sunset Zoo’s master plan. With a forward-focus on empathy building, conservation and education, this exhibit not only provides major upgrades to care facilities for Malayan tigers, sloth bears and Amur leopards, but also an enhanced visitor experience with ADA-compliant access to the oldest part of a historic WPA-era Zoo.

Highlighting History with an Eye to the Future
Founded in 1933, the Sunset Zoo obtained much of its original funding through the Works Progress Administration (WPA). The heavy stone buildings from the era are common throughout zoos and aquariums around the country, but many have been removed to make way for more modern designs. However, the preservation of these historical structures is a major priority of the Sunset Zoo’s current master plan. Reuse of outdated buildings and animal holdings can be a tricky puzzle to solve for designers and sometimes, a sensitive issue for zoos and aquariums. However, the Sunset Zoo fully embraced their story and used these structures to highlight the great strides that have been made in the care of animals over the last century, with a focus on animal well-being. Portions of the original limestone structures were incorporated not only into the viewing areas but were also used as the foundations for climbing structures within the habitats. New signage and a stylized mural depicting the construction of the Sunset Zoo help to engage guests of all ages with the organization’s rich history.

Innovative Solutions in Site Design
Prior to the completion of Expedition Asia, a large portion of the zoo was inaccessible to those with differing mobility needs. To manage the steep grade of the site, the design needed to incorporate a series of raised walkways and switchbacks for guests to traverse the area. However, this also gave the zoo an opportunity to include an overlook pavilion that gives raised views into all three habitats, promotes community engagement through special events, and supports the zoo’s revenue as a year-round rental space.

Animal Well-Being at the Forefront
Tigers, sloth bears and leopards have been an engaging part of the experience at Sunset Zoo for many years, with some of the animal areas dating back to the 1930’s. This project not only enlivened the experience for guests, but also focused on the well-being of critically endangered animals. Expedition Asia incorporates overhead and transfer chutes that allow a full 360° rotation of sloth bears and tigers, creating an enriching experience full of new sights and smells for both animals. Care was put into the design to allow animals to have direct sightlines to each other while on habitat, adding another element to the animal’s experience. The inhabitants of Expedition Asia also have more choice and control in deciding where to spend their time. Initial observations by Sunset Zoo staff have shown increased activity levels for all three species, including more use of vertical space, and an overall increase in time spent outdoors.

A Deepened Learning Experience
The main interpretive goals of Expedition Asia were to build empathy for animals and increase conservation engagement and understanding. The Sunset Zoo’s updated interpretive panels provide relevancy for guests by focusing on how animals and humans are alike in terms of locomotion, self-sufficiency, and care for offspring. Heated rocks bring the animals closer to viewing areas than before and training walls allow guests to get an up-close look at the daily husbandry that occurs each day at the zoo. With the addition of QR codes throughout the area, guests can engage as deeply with animal content as they would like. When asked about trends that can be seen from QR code use, Jared Bixby mentioned that guests are engaging more with the seemingly “unpopular” animals more than the charismatic large animals the exhibit highlights – potentially an indication of the rise in popularity and ease of use of digital content.

Be Bold in Setting Ambitious Goals
For the Sunset Zoo, this addition was a game changing project that set a new trajectory for the future. The design process began in 2015, and over the subsequent 7 years the Sunset Zoo was able to engage donors in a new way to raise the funds for this new addition – the largest the zoo has ever undertaken. Scott Shoemaker said that the enthusiasm of both donors and the public was evident throughout the process. Scott Shoemaker said, “As we got into escalating costs due to COVID… we were looking at cutting things… There were multiple times when I would go to the trust and say, ‘we’re going to have to give this up’… and they would say ‘no… we’ll go find the money.’”