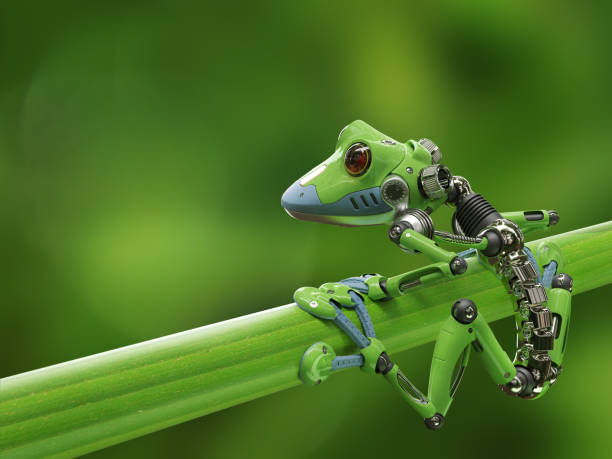 ECHO Digital | Is There a Place for Animatronic Animals in Zoos & Aquariums?

The very premise of zoos and aquariums is to engage guests with live animals from around the world, learning from and being inspired by them. However, with advancements in technology and robotics, hyper-realistic animatronic animals are on the rise. Some, like prairie dogs, gorillas, and wild dog pups, are so realistic they have fooled their living counterparts and facilitated the capture of unprecedented camera footage. Could animatronic animals become more commonplace in zoos and aquariums? Could these robotic animals uniquely advance our mission and goals? Below, you will find a summary of the key takeaways from the conversation.

Zoos and aquariums are places where guests can come to connect to animals in up-close and personal ways. The use of animatronic animals to supplement that experience has been a very polarizing topic for a while now. It can make us uncomfortable to think about potential uses that would replace the important work we do or undermine the importance of tangible connections with other living things. However, if the mission of zoos and aquariums centers around helping animals, wouldn’t we want to use every tool at our disposal to achieve that goal?

Using artificial stand-ins for “real” objects is not a new premise. Some versions of animatronic animals, including dinosaurs, have been part of the guest experience for many years. These displays are hugely popular and seem to be something that zoos and aquariums are comfortable with because they are not representing an extant animal. Museums, on the other hand, have been providing replicas of fragile or rare art, natural history, and cultural objects for many years – especially when the display, removal, or transport of these objects are too risky. Exposing the public to full-size replicas of dinosaur skeletons can provide the same level of understanding and awe as real fossils. By being transparent about which objects are real and which are replicas, museums fully preserve their feeling of authenticity.

It’s All About the Goal
Animatronic animals can be seen simply as a tool to help create connections with guests, just like a QR code, a holographic display, or a simple audio device used to listen to an interview. The number of messages conveyed, and the delivery systems utilized in zoos and aquariums are vast, but it is not until they are combined that they really become something inspirational. Animatronic technology itself is neither right nor wrong, but the intended outcome is what matters. Rarely does the inventor of a new device determine its end use. Their job is simply to present it. It then falls to the practitioner, in this case zoo and aquarium professionals, to figure out what it will accomplish.

Ideas and Uses for the Technology

Challenging Zoological Assumptions
Our jobs should be to continue to reflect and refine our work, and sometimes that means challenging the status quo. As any industry does, we have a lot of unspoken ideals and assumptions within the zoological field. It is our responsibility to uncover and examine some of those assumptions and determine why they exist and if they should be challenged.  The notion that animatronics have no place in zoos and aquariums is one of those assumptions. As these new technologies become more attainable and widely known, we should be on the forefront of thinking about how they can increase the wellbeing of the animals in human care and create more connections with visitors.